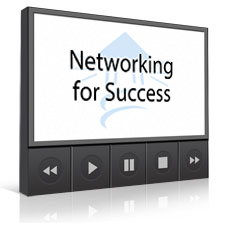 Networking. We’ve all heard the saying that it’s not what someone knows but who they know that leads to success, but is networking really critical to the success of your practice?

In this video, we’ll take a look at why networking is so important as well as some of the numerous benefits it offers. But, more than this, we’ll discuss the numerous networking opportunities that are available to you and how to take advantage of them, even if you’re anything but an extrovert at heart.

If you love what you do and are good at it, there’s no reason to be shy… Learn how to start using networking to boost your practice’s success today.

While this video was originally shot for a different training series, the lessons are timeless and important enough that we’ve decided to add them as a TMI bonus. So, dive in… The video is less than 10 minutes and is packed full of useful information and specific examples that you can use to start networking your way to success.

And, once you’ve had a chance to watch the video, remember to let us know if you have any questions or comments by using the comments section below the video.