Is Your Practice Graying? Good for You! 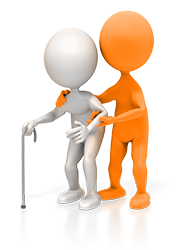 If you’re noticing more and more senior citizens in your psychotherapy practice, you’re not alone. And if you aren’t, you should be, because otherwise you are missing out on a rapidly growing demographic.

These statistics are gathered by the U.S. Department of Health & Human Services, Administration on Aging.

Where They Are Living

So, if your psychotherapy practice is located in any of those states, but especially in the first five, this is a demographic slice that you ought not ignore…

A very small number (1.5 million) and percentage (3.5%) of the 65+ population in 2012 lived in institutional settings, such as nursing homes. That figure does increase dramatically with age, however, as 10% of those seniors 85+ lived in some kind of senior housing with supportive services.

How They Are Living

If you still have the “rocking chair on the front porch” image for seniors, you are going to need to adjust those lenses.

As baby boomers reach senior citizenship, they have reasonably good health and are highly active. Many work part or even full time, travel extensively, are involved in multiple organizations, and are even raising grandkids. (In 2012, a total of about 2.1 million older people lived in a household with a grandchild present. And about 518,000 of these grandparents over 65 had primary responsibility for the grandchildren who lived with them.)

Seniors look younger and act younger, and it’s safe to say that age 80 is the new 70.

And many have done well financially. While social security is still the major source of income for most seniors, private pensions and investment or other earnings put 17% of persons 65+ into the $50,000+ income category, with another 11% between $35,000 and $49,999.

These are 2011 figures and social security benefits accounted for 36% of the aggregate income of the older population.

What Brings Them to Psychotherapy?

Seniors come from a generation when therapy was negated, even looked down on. It wasn’t okay “to hang your dirty laundry out in public.” But over the years, they have seen their children and even grandchildren use therapy or counseling services and benefit from them. So even they are more comfortable with the idea now than in their younger years.

However, for them, it’s really all about relationships. And what’s likely to bring them into your office is a problem with a spouse or other family members. As well as the loss of relationships and the grief that goes with that – whether spouses or lifelong friends.

Issues around retirement are also big, of course, as are the following:

What They Want/Need from Therapy

Logistically, most seniors will prefer daytime appointments, which allows you to fill slots that you otherwise might not fill so easily. They don’t like to drive in heavy commute times or at night.

They are sometimes hard of hearing, so you will need to speak very audibly and repeat yourself if it looks like they are pretending they heard what you said. Most will be too proud to acknowledge that they didn’t hear you.

They aren’t as interested in knowing a lot about how their childhood experiences link to present behaviors or issues. Frankly, they don’t have the time for much of that. They want to fix what hurts now, so that they can enjoy the years that they have left.

But they are often readers and that can be a good adjunct to the in-session work. I do a lot with attachment theory and emotional regulation and so I give out copies of Dr. Shirley Impellizzeri’s wonderful book, Why Can’t I Change? You can do likewise with books that help them understand your approach.

Most older Americans are used to taking care of others – men of their families, women of their kids – so I frequently find that the concept of self-care is difficult for them. So I first need to convey the message that if they don’t care for themselves, they can’t be there to put on another’s oxygen mask. Just realize that this doesn’t come automatically for them. They are not from the “me generation.”

How to Market to Them

If you do a Google search for “seniors organizations,” you will find many, including the typical ones like AARP (American Association of Retired Persons). Others include Advocates for Senior Issues, American Seniors Association, Elderhelpers, etc.

Get in touch with local chapters in your area and see what services they might need from you, such as talks about specific issues, group meetings, workshops, etc.

Most major metropolitan areas have senior centers. Again, go and introduce yourself. See if they have a bulletin board that you can post a flyer on and your business cards, or if there are services that you can provide.

Talk to the seniors in your life. How do they think/feel about therapy? What would make them more comfortable with it if they aren’t already?

Learn More about this Population

It’s interesting that there aren’t yet a lot of books regarding doing psychotherapy with seniors, which I take to mean that you’ll be ahead of the curve by marketing to them.

Some that I did find include:

And one of my personal favorites is by Louis Cozolino: The Healthy Aging Brain, which is a wonderful approach to aging as a time of abundance.

Cozolino helps the reader understand how our bodies and our brains age, and what we can do to work with this natural process to make life as long and as fulfilling as possible.

Hopefully, these will be approaches and concerns that we all will deal with at some time in our lives. Learning about them now in order to help others will also benefit ourselves and those we love.

Be sure to let us know your thoughts and questions by leaving a comment below. We look forward to hearing from you!